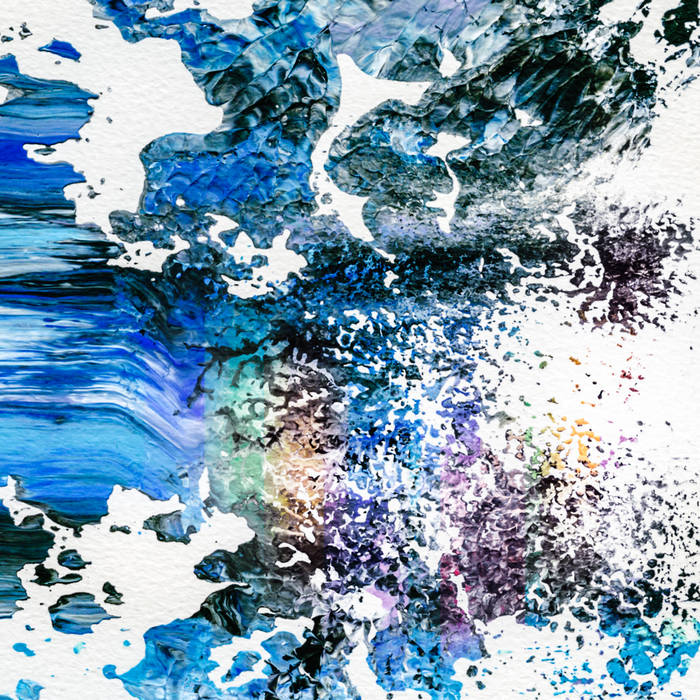 akisai, a sound-visual performance duo, releases their first album “colors” from SCHOLE. The album is one reaching point of akisai, to introduce their present style was formed after the repeated synchronization of sound-visual live performances with spaces. The visuals are by Nakaie, who is a visual artist works with stage production and fashion brand images. The sounds are by Suzuki, who learned classical piano since childhood, and is a keyboardist with roots of Jazz, progressive, and pops influence. Based on his background, each composition works are colored with the original and touching melodies.
An opening tune from this album, “line”, has the rhythm created with catchy guitar riff and the brisk electronic sounds. Then “idearythmical” shows the movement of subtle ambiguities, and the ingenuous contrast of sound as it resounds in both wide and narrow spaces. “Synchrotonica”, a melodious guitar plays with the groove formed from the four beats combined with speedy keyboard. The worldview of akisai is shown at the initial part of the album.
In quietness, a brilliant dialogue between keyboard and guitar can be heard on “theory”, then “biotopia” brings a short respite to this album with the elements of ambience. ”yumecasy” will take you out for roam into the haze of low-pitch sound. The passage of beautifully played piano heard in “phase” will bring the feeling of both sadness and beauty. “memoment”, the sound of trumpet produce a jazzy atmosphere and fuses impressively with the folktronica elements, then Suzuki’s skillful bluesy solo appears at latter part of the song. We can see the each track is transformed by reacting with Nakaie’s visual works, and is created to color the spaces.
Then the slow tempo and lo-fi rhythm contained in “flow” reminds of sunset beach scenery. In the end of the album, “eternitica” playbacks the blissful moments and loneliness, as if one is pulled into the story but suddenly the ending comes.
Throughout the album, the varieties of musical essence are mixed with the rich melody lines to create musical expression to stir listener’s emotions, and the skillfully developed sound composition builds the own universe of sounds. A pure, unfettered, and beautiful debut album of akisai connects the people’s imagination deeply to the sound created from the visuals what interprets the abstractness of “emotions”.

Sound / Visual project by Yo Suzuki and Koichi Nakaie.
Since its formation, this project has been used as a place for free creative activities, and works have been released irregularly while pursuing experimental expressions.

Bandcamp Daily  your guide to the world of Bandcamp